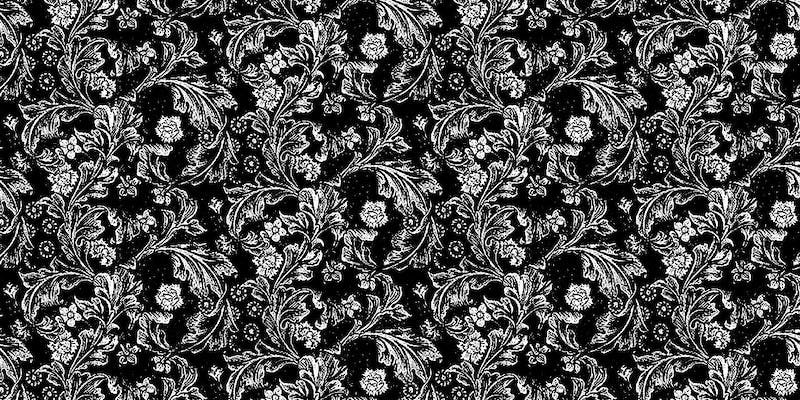 A collaboration between the Discus and Confront labels bringing you some fantastic creative music from leading improvising musicians.

Admission to the whole event is £10. Audience for this event is limited to 60. You can secure your place by booking in advance – PayPal transfer to This email address is being protected from spambots. You need JavaScript enabled to view it. , including your email address in the message. You’ll receive an email confirmation and your name will be listed on a register on the door. Alternatively you can pay on the door.

Martin Archer (Discus) and Mark Wastell (Confront) have known each other for more than 20 years and both launched their labels during the mid 1990s. Their rosters have continued to maintain a cross-pollinating kinship for audio adventure since their inception. This festival celebrates 25 years of the two labels putting creative music into the world.

Open ended jazz playing with no stylistic limits – written scores, graphic scores, improvisation – improvisation which is inclusive of melody and structure – whatever we feel like playing – plenty of space for the music to develop its direction – concentrated and careful listening - ultimately rooted in, and building on the tradition of, pure jazz skill no matter where the music takes us.

Contemporary composition/improv does not get much better than this. - Nick Lea JAZZ VIEWS

If the group have a signature it’s their use of breathing space, with musicians, all exceptional listeners – Mike Barnes THE WIRE

Martin Archer is a composer / improviser who is equally at home on stage or in the studio, and whose distinctive saxophone playing is rooted in AACM jazz. “Archer's aesthetic is an intriguing and transformative one—whatever enters his world comes out changed, if not utterly, then beautifully.” – Duncan Heining, All About Jazz

Kim Macari is a musician and composer immersed in the jazz and improvised music scene. Whether as a performer, teacher or a producer, her passion lies in the strength of improvised music as a means of expression and a form of empowerment and freedom. “Macari plays fearlessly” – Bebop Spoken Here

Laura Cole is a pianist and composer, working in the fields of both improvised music and contemporary jazz. Cole leads and writes for her own octet, Metamorphic, and is involved in various different projects and collaborations across the UK music scene.

“Laura Cole has one of the most distinctive compositional voices around.” – Peter Quinn, Jazzwise

Walt Shaw says - I'm an abstract painter and percussionist and in my head they are one and the same process.

“Walt relishes being in the deep end of spontaneity, chance and the unknown.” - Professor Simon Piasecki, Head of Dance, Drama and Performance at Hope University, Liverpool

Mark Wastell and Luigi Marino follow-up their collaborative adventures-in-improvisation, as members of the former’s ever-evolving, large group collective THE SEEN, in an immersive duo formation focusing on the subtle resonances of metal percussion, occasionally enhanced by feedback generators.

Luigi Marino is a musician based in London. His work focuses on networks able to display relationships between human and nonhuman actors, with particular attention to how intuitive decisions can profoundly affect pre-existing conditions. He is an active improvisor performing on both electronic media and percussion, especially zarb and bowed custom cymbals. He holds a BA in arts and philosophy from University of Rome Tor Vergata, and an MFA in electronic music from Mills College, where he worked as teaching assistant for John Bischoff and Chris Brown. Among his teachers Roscoe Mitchell, John Bischoff, Chris Brown, James Fei, William Winant. He studied zarb with Mohssen Kasirossafar. He is currently pursuing a joint PhD at University of Birmingham and De Montfort University.

Mark Wastell is a London based musician who has been working in contemporary music since the early 1990’s, making his initial concerts with the trio IST featuring Rhodri Davies and Simon H. Fell. During this period he also became a member of Derek Bailey’s Company, Evan Parker’s String Orchestra and Chris Burn’s Ensemble. He co-formed The Sealed Knot with Rhodri Davies and Burkhard Beins in 2000. He has been a member of other notable groups over the years including Assumed Possibilities, The Scotch of St. James, +minus and Oceans of Silver and Blood. Mark also helms The Seen, a metamorphic large group which has incorporated over 80 musicians since its inception in 2003. He has performed and recorded extensively and his varied resume includes projects with John Butcher, Lasse Marhaug, John Tilbury, Mattin, Mark Sanders, Tony Conrad, Tim Barnes, Bernhard Günter, Keith Rowe, John Zorn, Peter Kowald, Joachim Nordwall, Otomo Yoshihide, Paul Dunmall, David Toop, Alan Wilkinson, Max Eastley, Hugh Davies, Julie Tippetts, Alan Skidmore, Mike Cooper, Chris Abrahams, Stewart Lee, Clive Bell, Arild Andersen and David Sylvian. Mark also runs the Confront Recordings record label which has released over 120 albums to date.

A trio created especially for this festival. On the free scene since 1980, as an improvising big band leader to solo performer, Mick is known for his energy and originality: his playing covers the full emotional gamut from heartbreaking to mischievous, and from abstracts to compelling swing. John Jasnoch is a retired Country & Western musician who started playing improvised music in 1979.

Dave and Mick first met each other through the Leeds improvising scene in 2010 but only began playing with each other in early 2019. Having recorded their first meeting and performance at a gig in Leeds (which was subsequently released on waspmillionaire records) they both decided to pursue this duo further, excited by the tonal possibilities of each instrument.

Both musicians have vast experience and idiosyncratic approaches to improvising, Dave most notably with his Rabbit Project and trio Bourne/Davis/Kane, Mick with Shatner’s Bassoon.

Inclusion Principle operates in a space between electronics, nu-jazz, contemporary electroacoustic music and free improvisation. In performance you will hear pure jazz skill, electronic beats and areas of texture and abstraction all seamlessly woven into a fascinating and constantly shifting tapestry of sound. Watch Inclusion Principle live at Manchester Jazz Festival - video and interview by Jazz North:

Inclusion Principle was formed in 2006, initially as a duo until Peter Fairclough joined as permanent third member in 2013. Both Martin and Hervé play a similar set up of laptop and woodwinds and yet have a different approach to their instruments. Put together, there is a chemistry that inspire and drive their improvisations towards a wide range of soundscapes.

The choice of instruments and sounds on their palette allows them to dramatically change their music between beat driven electro, minimal and microtonal improvisation via electroacoustic experimentation and nu-jazz. Peter Fairclough fills a space in the soundscape that was meant for him, bringing a range of sounds and acoustic instruments. His inventive use of hand percussion, cymbals sculptures and bells blend perfectly with abstract textures while establishing definite jazz grooves that sit comfortably amongst electronic beats. First and foremost, they share an enjoyment of sound and performance which touches their audience, no matter what style they may adopt, in a way which makes their abstractions accessible to all.

Hervé Perez - Hervé is a sound artist/composer from France, now based in Sheffield, UK.

Hervé's research approaches sound as vibration, the relation between sound and objects or spaces, architecture and the body.

his use of field recordings and sound design is concerned with frequencies and harmonic relationships found in nature, how they relate to the physical world, and how the sounds of natural elements connect to our own resonances.

He has developed a very personal way to process and sculpt location recordings to reveal their musical features and maximise resonance with the listener and their experience of sound.

Martin Archer - Following an early career with 1980s jazz punk pell mellers Bass Tone Trap, followed by the fondly remembered and widely gigged Hornweb Sax Quartet, Martin disappeared into the recording studio for 15 years in 1994, from where he produced a series of highly acclaimed albums for his own Discus imprint. In recent years, as well as forging a several album creative partnership with veteran vocalist Julie Tippetts, Martin currently works with avant rock groups Orchestra of the Upper Atmosphere and Combat Astronomy, 35 voice experimental music choir Juxtavoices,and most recently Engine Room Favourites, in which Martin revisits his AACM roots.